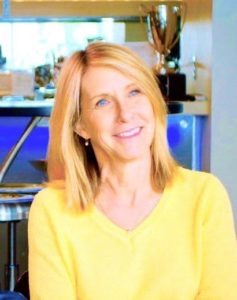 Lisa Dunleavy is a valued advisor to the Alpha Board Tour. She is an expert on the Kansas City region, past, present and future. She could write a book about the city, and maybe she will! At first glance, Lisa is a typical member of the community, experiencing the daily life of the region like the rest of us. But there is more. Her family history with the city spans more than 150 years.

Along with her husband, they share a lifetime experiences as a part of two large Kansas City families. Between the siblings in each of two families, their classmates, their friends, nephews, nieces and cousins, they have cultivated lasting relationships and connections reaching nearly every corner of the city. With four generations still living in the Kansas City region, Lisa gives a whole new dimension to the word connected.

Lisa has a family heritage that has been a recognized part of the Kansas City community since the very early days of the city. Lisa is providing the Alpha Board Tour with Kansas City knowledge, insights and experiences that we could find in few other places.

We’ll start with a few highlights, and continue the conversation with Lisa as we continue through the tour.

After growing up in Kansas City, Mo. Lisa and her husband Steve raised their family in the Johnson County, Kan. suburbs. The area is home to a melting pot of residents from all over the country and beyond. According to Lisa and others, people feel an attraction to the Kansas City metro that makes it a difficult place to leave.

The schools, sports, activities, restaurants, a healthy family atmosphere, ties to the Kansas City area culture and activities are all elements of consideration. One of the most important elements mentioned by Lisa is the open friendliness that allows everyone to feel welcome and at home in the region. Overland Park has been recognized repeatedly as one of the best places for families in the nation. https://bit.ly/2ByMjlr 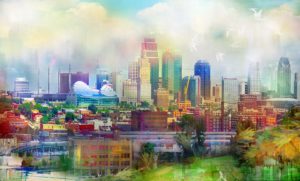 Lisa is providing us with a view of what Kansas City is like as a new, modern, entrepreneurial, cultural city. While the city carries with it a deep history and Midwest roots, it has also become a melting pot for tech, a new economy town and a city that is connected to people around the country and around the world, both personally and professionally. Dozens of major cultural venues and events allow Kansas City to thrive as a vibrant, sometimes undiscovered, crown jewel in the nation’s portfolio of cities.

Kansas City also has a history and culture that creates a pride in the community. Much of that culture is tied to prominent Kansas City people. J.C. Nicholls built the Kansas City Country Club Plaza, patterned after Seville Spain. Built in the 1920’s, the Plaza was and remains the country’s first outdoor shopping mall. It was the blueprint for Rodeo Drive. Others include: Walt Disney. Joyce Hall, founder of Hallmark Cards. President Harry Truman. Members of the Eisenhower family. All of these notables have called Kansas City their home. 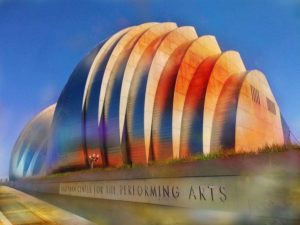 Kansas City also includes prominent names like the Kemper family of the Kemper Museum and Kemper Arena; the Kauffman family of the Kauffman Center for Entrepreneurism and the Kauffman Center for the Performing Arts; Lisa’s Muehlebach family of the Muehlebach Hotel, the Muehlebach Brewery (the city’s first major brewery), and Muehlebach Field (the first baseball stadium); President Harry Truman; William Rockhill Nelson who gave the city the Nelson-Atkins Museum of Art; Jackie Robinson of the Kansas City Monarchs. All of these and more have left their mark in the rich heritage of the city. And, while they lived lives of distinction, these families were and are approachable citizens blended into the fabric of daily Kansas City life.

Someone once referred to Kansas City as a town with 1.2 degrees of separation from anyone and anything local. Never mind Kevin Bacon. As the title suggests, J.D. Higgason of Koehler Bortnick Realty refers to the city as “the largest small town in America.” An approachable culture despite a major metro of more than two million people, the friendliness and closeness of the city, and its Midwestern roots make it easier than most cities to get your arms around the town.

A Taste of Kansas City 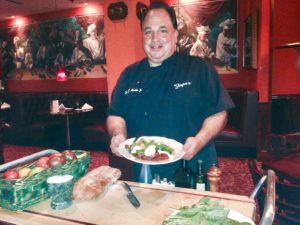 The restaurants in the Kansas City region bring with them a kaleidoscope of different genres, nationalities, flavors and tastes. With nationally renown foodies like Michael Smith farinakc.com, Christopher Elbow elbowchocolates.com and Jasper Mirabile Jr. jasperskc.com, there is always something cooking in the heartland city.

It’s no surprise that Lisa grew up with some of most notable restaurant families in town. The Mirabiles, the Dunleavys, the Muehlebachs and the Fiorellas were neighbors and friends. Once a community, always a community.

With a global flair, Kansas City also has its own styles as well. While both Jasper Mirabile and Michael Smith are known for their authentic Italian cooking, both can cook up a mean steak. Kansas City was once a major Midwestern livestock hub. This helped to not only to create an indelible tradition of great steaks, but also jazz, entertainment, hotels and speakeasies. Eating a steak in this town is a must.
Kansas City is also home of the original Kansas City Strip. While New Yorkers like to put their own spin on the name (New York Strip,) the name and cut of beef originated with a butcher in Kansas City, America’s hometown of great steak. 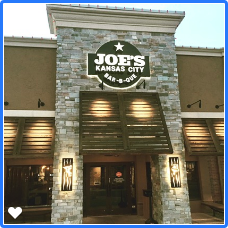 You cannot say Kansas City without barbecue. Kansas City has a rich heritage of jazz, barbecue and baseball that goes back more than a century. Local hangouts like Joes KC joeskc.com, Q39 q39kc.com and Jack Stack jackstackbbq.com attract barbecue fans from around the country. With more than a dozen local barbecue favorites, and thousands of fans, the annual American Royal World Series of Barbecue® www.americanroyal.com/bbq/ keeps the chefs sharp and the fires hot.

A late breaking entry must be included. The Jones Sisters of Jones BBQ was recently featured on Queer Eye’s Season 3. It’s worth checking out the episode on Netflix, and also their BBQ! An adorable pair who are faithfully carrying on their father and brother’s legacy in Kansas City, Kan. The sisters have been starting the Q at 4:30 a.m. for nearly 40 years! www.JonesBBQKC.com, www.netflix.com, https://bit.ly/2UGPmPY

Kansas City is a private company town. With more than 100,000 privately-owned companies in Kansas City, it is a city of entrepreneurs and business builders. That is one company for every man, woman and child in town, meaning the average size of a company is approximate 12 employees, despite global giants like Cerner, Sprint and Hallmark. 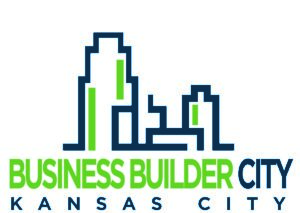 Reaching the World Beyond Kansas City

The ebbs and flows of a diversity of people moving in and out of the region, as well as daily business and personal travel to destinations beyond, keep Kansas City moving and connected in ways that few consider. Kansas City may be perceived by outsiders as an isolated Midwest city, but it’s truly a melting pot of personal and professional diversity.

Alpha Board Cities of Innovation

We’ll continue to check in with Lisa Dunleavy as we progress through the Kansas City Alpha Board Tour. 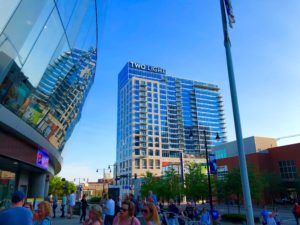 She will continue to provide us with insights into the past, present and future of the Kansas City region. Lisa will connect us with stories of Kansas City area leaders, the culture, the landmarks of the city and some of the people, past and present, who make the city what it is today. She’ll help us tell the stories of why and where people love to live in Kansas City. And as she has time, Lisa will help guide us to other cities as a part of Alpha Board Innovation Tour across the nation and ultimately beyond. 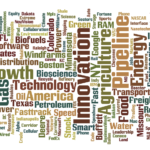 At all levels of government and at most dinner tables, the high cost of energy and the options possible from the renewable sources of solar and wind are familiar conversations. The change in recent … END_OF_DOCUMENT_TOKEN_TO_BE_REPLACED

Who are the finest drivers in business?  Who are the innovators?  Who are the leaders?  What are the opportunities?  Which companies, people and products will be driving growth over the next few … END_OF_DOCUMENT_TOKEN_TO_BE_REPLACED

Kansas City is jumping. We've been through alot in this past year, but things are on the mend. Companies are expanding. New organizations are finding their beginnings in the city. Employers hiring. … END_OF_DOCUMENT_TOKEN_TO_BE_REPLACED

We are a key player in a national business leadership tour, industry market study and executive leadership exchange.  The program is a showcase platform to highlight the best business drivers across a … END_OF_DOCUMENT_TOKEN_TO_BE_REPLACED